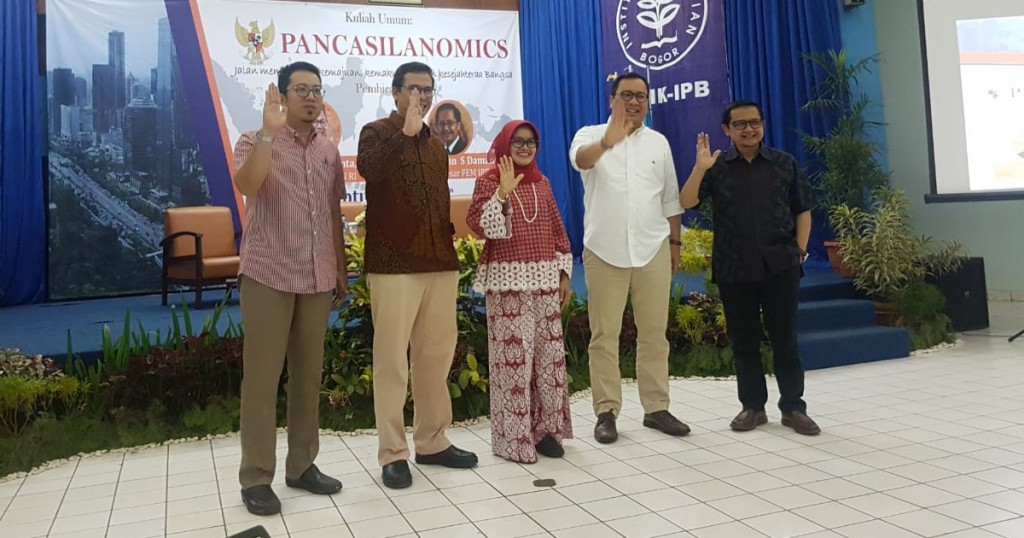 The Deputy Chair of National Economic and Industrial Committee (KEIN) of The Republic of Indonesia (RI) who is also an IPB alumnus Dr Ir Arif Budimanta stated that the structure and implementation of the Indonesian economy in the future must be based on Pancasila, or referred to as Pancasilanomics. Thus, the community will immediately have justice and prosperity in the frame of ‘Indonesia Maju / Advanced Indonesia’.

“Pancasilanomics places justice as an orientation of development so that people’s social rights can be fulfilled. The opportunities open to all citizens, and national unity is getting stronger,” said Dr Ir Arif in the public lecture of ‘PANCASILANOMICS: The Way to Build Nation’s Improvement, Prosperity and Welfare’ organised by the Faculty of Economics and Management (FEM) of IPB University on Saturday (19/10) at the IPB Dramaga Campus.

FEM of IPB University is also active in conducting discussions and research related to the Pancasila Economy thinking, along with academic networks from other universities.

“During an uncertain global economic situation at this time, the IPB academic community continues to discuss and implement the Pancasila economy that had been started by the founding fathers of the Republic of Indonesia,” said the Dean of IPB FEM, Dr Ir Nunung Nuryartono.

Pancasilanomics, as an economic system and paradigm, has a fundamental difference with other systems and paradigms. It has a unique value from the social life of our society with a different starting point from the liberalism.

“Pancasilanomics places the ethical value of accountability to God Almighty as an important foundation in economic relations, which starting point does not originate from the basis of individualism and capital,” said Arif Budimanta.

Pancasilanomics has three main core features. First, it is the spirit of the economy desired by the constitution. Secondly, it is not anti-market because in the market, the protection of economic actors is needed to have a good relationship. Third, as a consequence of the previous two points, the country must support and sustain weak and weakened market participants. “Pancasilanomics places social balance and social integration as the ultimate goal, not as a market balance,” said Arif Budimanta.

In comparison, it has been proven that developed countries in the world have a unique economic paradigm, which is derived from the culture and patterns of local communities. Germany has a social market economy, while South Korea has Dao-Yi-Li (neo-Confucianism) and Japan has the concept of Wa which prioritises cooperation. “Then Pancasilanomics can be an economic system and paradigm of Indonesia in the future and as a guide in preparing the way for Advanced Indonesia,” said Arif Budimanta.

The way to Advanced Indonesia guided by Pancasilanomics is expected to be able to remove Indonesia from the 5% economic growth trap, to reduce inter-income and regional disparities, and to strengthen the country’s alignments towards Micro, Small and Medium Enterprises (MSMEs) and Cooperatives.

Professor of IPB FEM, Prof Dr Didin S. Damanhuri welcomed the writing of this pancasilanomics book. “The book written by Arif Budimanta will add to Pancasila economic literature so that in the future Pancasilanomic will become a grand theory,” said Prof Dr Didin.

“In the future, all campuses in Indonesia that have an economic faculty should teach pancasilanomics as a compulsory material. FEM of IPB University is ready to become a driving force,” said the IPB FEM Professor.

Rector of IPB University, Dr Arif Satria, welcomed the Pancasilanomics public lecture. “IPB University continues to explore alternative economic thoughts that depart from reality in Indonesia. Pancasila is a platform with basic national values that must be reflected in economic thinking and practices”, he said. 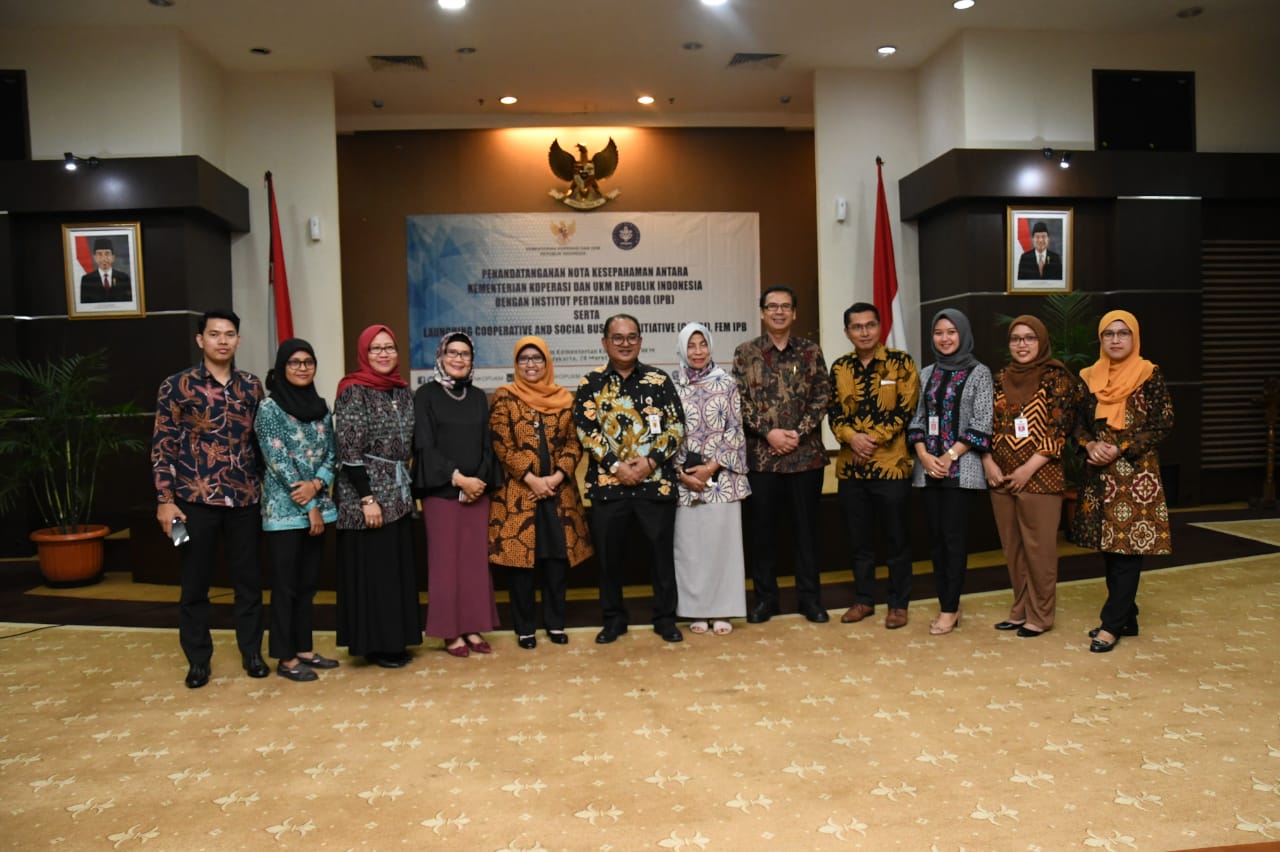 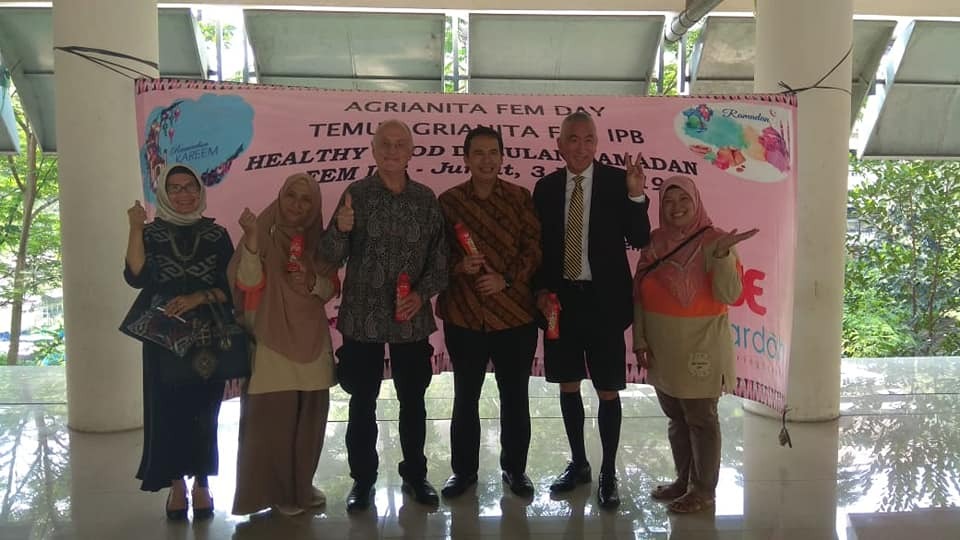 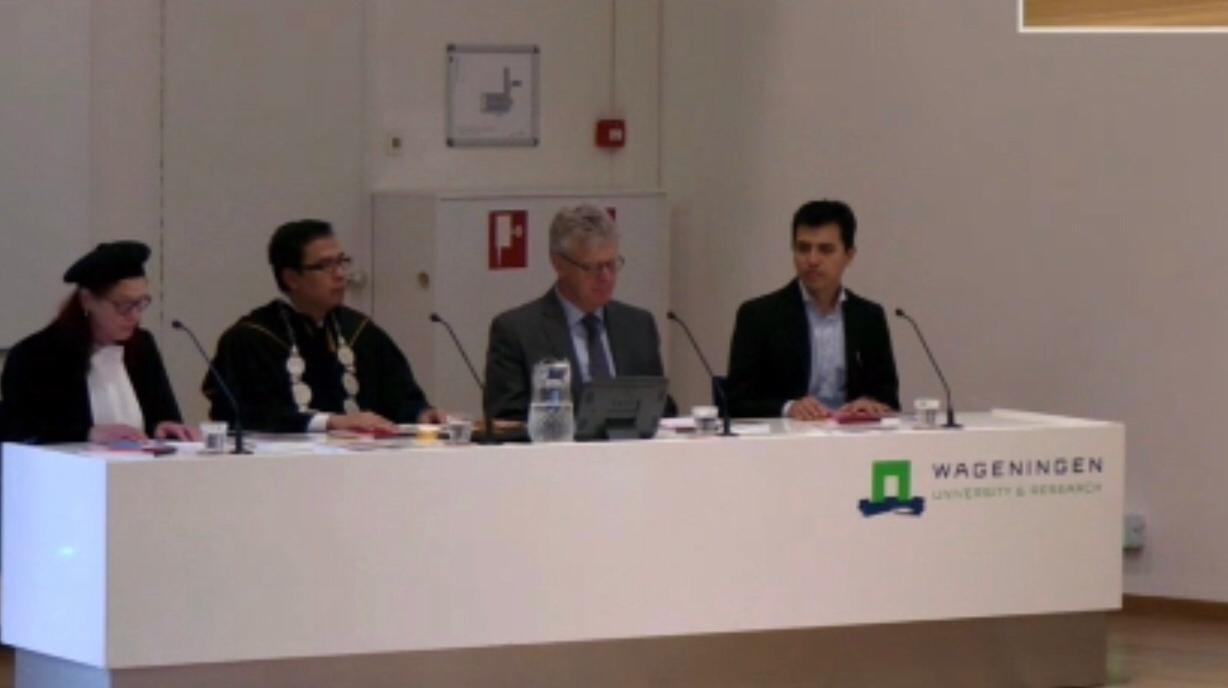